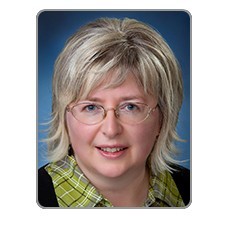 Alberta Buttimer, CPA, CA received her designation as a Chartered Accountant in 1990. She also holds a Bachelor of Commerce degree from Mount Allison University. She worked with KPMG Chartered Accountants for eleven years. In 1998 she opened her own public accounting practice, which she operated for almost 18 years in Beresford, where she lives with her family. In December 2015, Ms. Buttimer merged her accounting practice with Allen, Paquet & Arseneau LLP in Bathurst. Alberta, along with her staff, now works as part of their team. Ms. Buttimer has served on the Council of the New Brunswick Institute of Chartered Accountants. She has also been active in our community with organizations such as the Bathurst-Campbellton 2003 Canada Winter Games Host Society, First United Church, Junior Achievement of Bathurst, the Bathurst Rotary Club and Carrefour Etudiant.