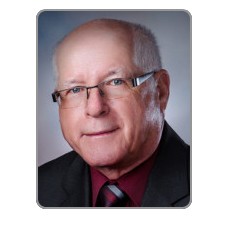 Arrived in Caraquet in 1968, he held the position of Chief X-Ray Technician at the hospital de l’Enfant Jésus of Caraquet until 1979. Mr. Sonier was the Chief Administrative Officer of the Town of Caraquet for nearly 30 years, retiring in 2008. Among his many degrees and certificates, Mr. Sonier holds a professional certificate from the Association of Municipal Administrators of New Brunswick, a Master Degree in Public Administration from the University of Moncton, and an Economic Development Certificate from the University of Sherbrooke, in Quebec. In 2004, he received his professional designation as a Certified Development Officer with the Economic Development Association of Canada.

Mr. Sonier continued to serve as a member for many community organizations. He was President of the Acadian Festival, a member of the Board of Directors of the Association of Municipal Administrators of New Brunswick, and President of both the Community Business Development Corporation (CBDC) Péninsule Acadienne and the New Brunswick Association of CBDCs. He was a member of Canada Pension Plan and Old Age Security Review Tribunals for the Acadie–Bathurst riding, and member of the New Brunswick Health Council.

He continues to serve as a Board Member of the Corporation Acadie Nord of Caraquet, and is a member of the Board of Directors of Commission of Health and Safety Work.

Mr. Sonier lives in Caraquet; he is married and has three children.