You are here: Home1 / Uncategorized2 / Port of Belledune CEO Appointed to National Board of Directors

Port of Belledune CEO Appointed to National Board of Directors 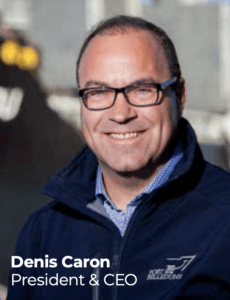 Belledune, New Brunswick, September 22, 2021 – Mr. Denis Caron, President & CEO of the Belledune Port Authority (BPA) has been appointed the Board of Directors of the Association of Canadian Port Authorities (ACPA). This is Mr. Caron’s second time being appointed to the National Board representing Port Authorities across Canada.

ACPA is the champion and advocate for Canadian ports in matters related to government policy, trade, competitiveness, and public awareness, in order to contribute to a sustainable, clean, efficient, and reliable intermodal supply chain and transportation system. The association is governed by a Board of Directors that represent ports from four regions of Canada – Pacific, Great Lakes, St. Lawrence, and Atlantic.

“The Port of Belledune’s strategy to become a Green Energy Hub in northern New Brunswick, have placed Belledune at the centre of much attention from clean technology experts and environmental innovators as we collectively play a role in the federal strategy to reduce greenhouse emissions,” said Mr. Caron, President & CEO of the Belledune Port Authority. “I am proud to be part of the 2021-2022 ACPA Board of Directors and to represent the Port of Belledune and Atlantic Canada on a National level as we work to promote the strategic role of ports.” 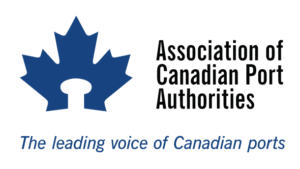 “Environmental sustainability and competitiveness are at the forefront at the Port of Belledune’s Master Plan that is underway,” indicated Mr. Caron. “In the last few months, with our partners at QSL, a new wood pellet facility was built on one of the Port of Belledune’s terminals. The warehouse will both serve as a catalyst for growth in the region by attracting new business and helping existing companies in the region thrive.”

Generating significant economic spinoffs in the region, the Port of Belledune holds a strong role in supporting the local job market and continues to reinvest profits back into the community and infrastructure to support environmentally sustainable growth.